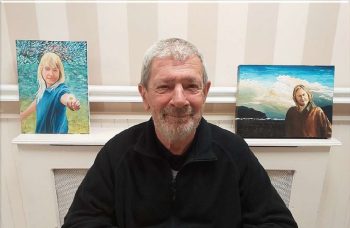 
Maurice, now resident in Lakes Nursing Home, will exhibit some of his oil paintings, his inspiration coming from photographs of people in the outdoors.