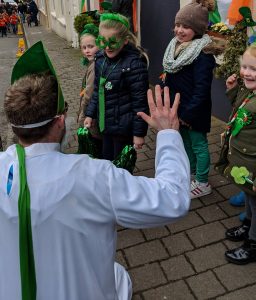 Despite the bitterly cold day, hundreds of people lined the streets for the 2018 Ballina/Killaloe St. Patrick’s Day parade and the organising committee would like to say a huge thanks to all those who helped make the day such a success.

Best Dressed Window: O’Donovan’s Insurance, Killaloe for their excellent interpretation of St. Patrick “Driving” the Snakes out of Ireland.

The judges of the Best Dressed Window would also like to commend the following: 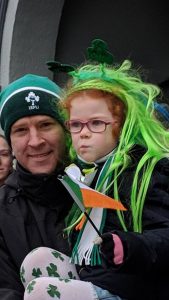 I think we have found one of our judges for next year!

You can follow any responses to this entry through the RSS 2.0 You can leave a response, or trackback.