We have just received an update from on the water the Christopher Healy was at the 8.15km mark at 9.18am and has taken 4h 32m to get that far. He is on-track to beat the record of 6h 22m for 10km and then he will continue for another 1okm to reach the Killaloe Canal at around 4pm today Christopher Healy and in doing so break 2 World Records! This Dive is to raise awareness and to raise funds of the Share a Dream Foundation and The Temple Street Children’s Hospital. For further details, check out – http://www.mycharity.ie/event/coast_to_coast_dive

The VIKING LONG BOAT will be arriving into Ballina Jetty at 7pm tonight. Head on down to see them.

You can download a copy of the Féile Brian Ború Programme 2013  here in PDF format.

Calling all Feile Photographers.. We need your Pictures!

Did you make it to any of the action packed events over the last two weeks?

Were you in Tears at Tommy T, or did you battle with Brian at the Re-enactment?
On Facebook:
On Twitter:
By Email:
The best pictures will be added to our gallery, website and brochures, with thanks to. YOU!

Spin on the Street, tonight at 9pm 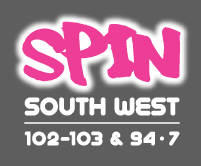 DJ Nessa Harney from Spin South West Radio will be at Spin on the Street tonight so make sure to come along to the Green, Killaloe, for the biggest outdoor party the Green has ever seen!

June 29th, 2012 | Posted by admin in Uncategorized - (0 Comments)
21 tables took part in the annual Féile Brian Ború Table quiz in O’Donovan’s Bar on Thursday night last; all competing to become the Brain of Ború. Following 8 rounds of questions from quiz master Paddy Collins, 1st prize went to The Banner Bandits; 2nd prize went to The Cookie Crew and 3rd prize went to The Jokers.
A prize was also presented to The Brook, who provided the funniest answer on the night!
A raffle also took place with prizes from the Powder Room, Hazels Hair Salon and Blade Runner.
A huge thanks to Mike and Mairéad and all the staff at O’Donovan’s Bar for hosting the event and thanks to all the people who took part.

Wednesday’s Feile Boot Camp was tough but fun, as local athletes were put through their paces by fitness experts! 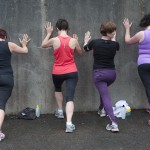 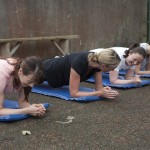 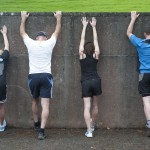 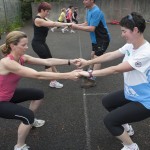 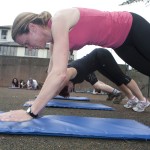 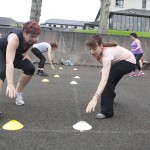 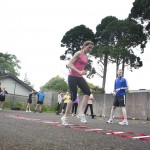 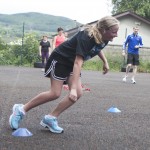 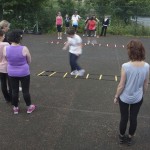 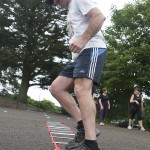 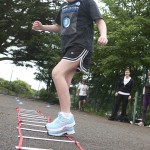 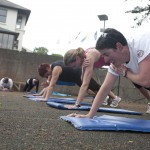 IMPORTANT NOTE: If there is a picture of you, or your child taking part in the Feile, which you would prefer we removed from our Facebook page – please let us know immediately and we will be happy to delete asap. Kind regards, Feile Brian Boru Social Media Team

We want you…to volunteer for your local festival, here’s how!

Calling all volunteers, your festival needs you! Can you give an hour or two of your time over the festival weekend?
We are looking for general stewards for events on Friday evening, Saturday & Sunday, First Aiders, help with running Traditional Games & Strut your Mutt Dog Show, etc.
We are looking for one to two hours at the most so a great opportunity to do your bit for your local festival.
If you would like to help out, you can-
-Email us on info@feilebrianboru.com letting us know days or times you are available and we will allocate you a spot.
-Text us on 086-3586293 and we’ll get right back to you!
Can’t volunteer but would still like to help? Great! You can-
-Put this post on your facebook page
-Spread the word to anyone you know via email ot text
-Let any voluntary groups or clubs you are involved in know.
As we all know volunteerig is vital to key community events like this so all hands on deck and lets help make this the best festival ever.
Thank you!
The Feile Brian Boru Committee

Trying out their harp skills at one of the workshops at Quay arts.  Workshops continue to run during the week, for the over 9’s. See here for more information. 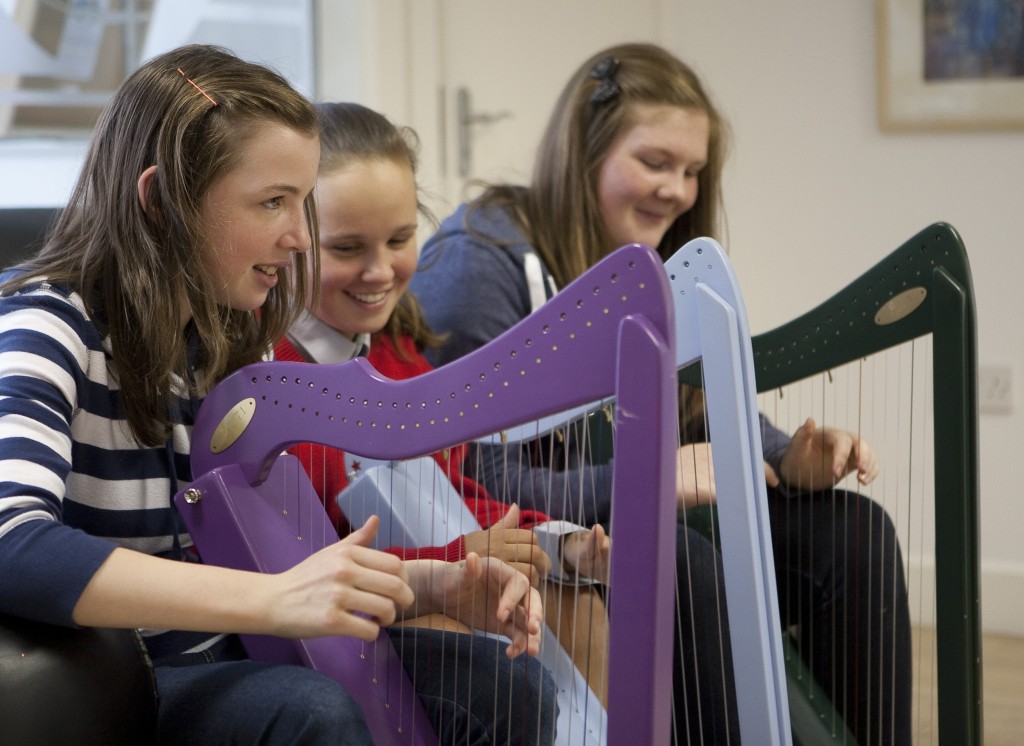 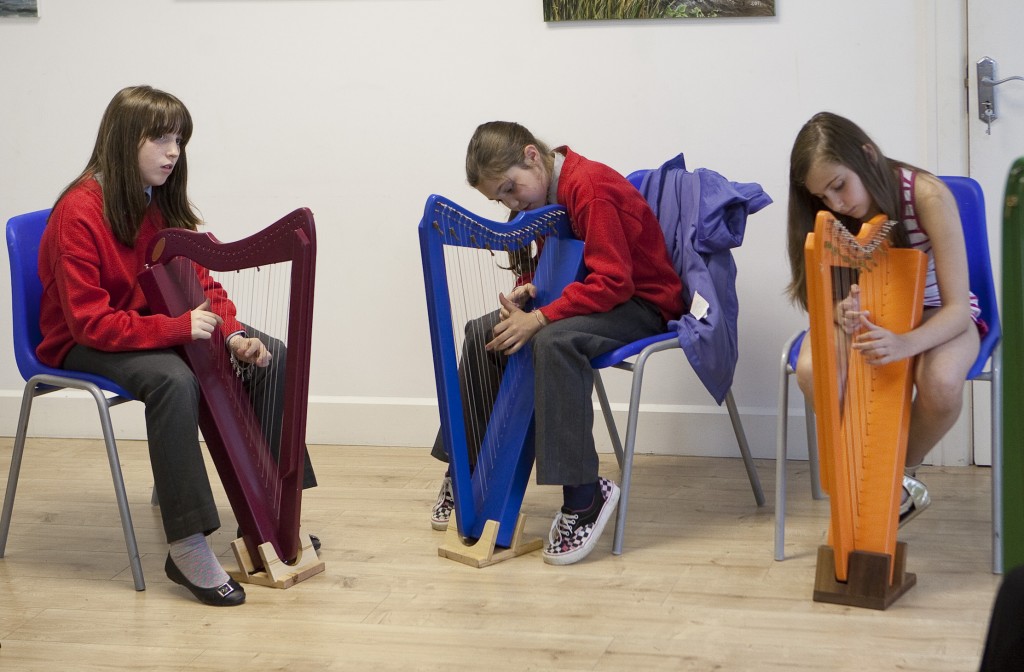 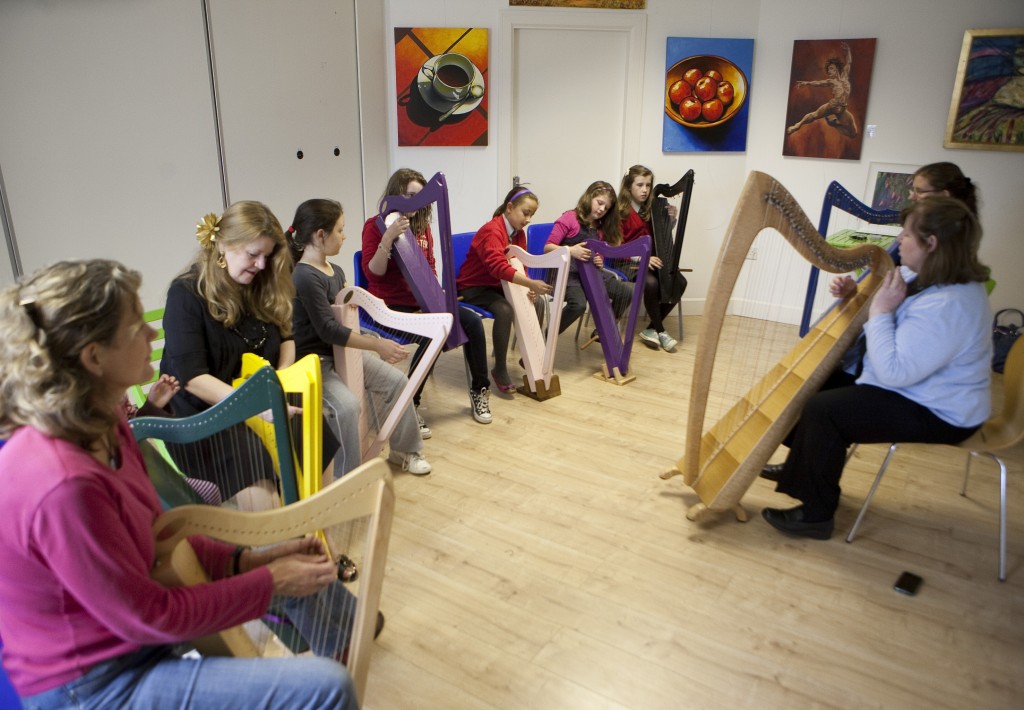 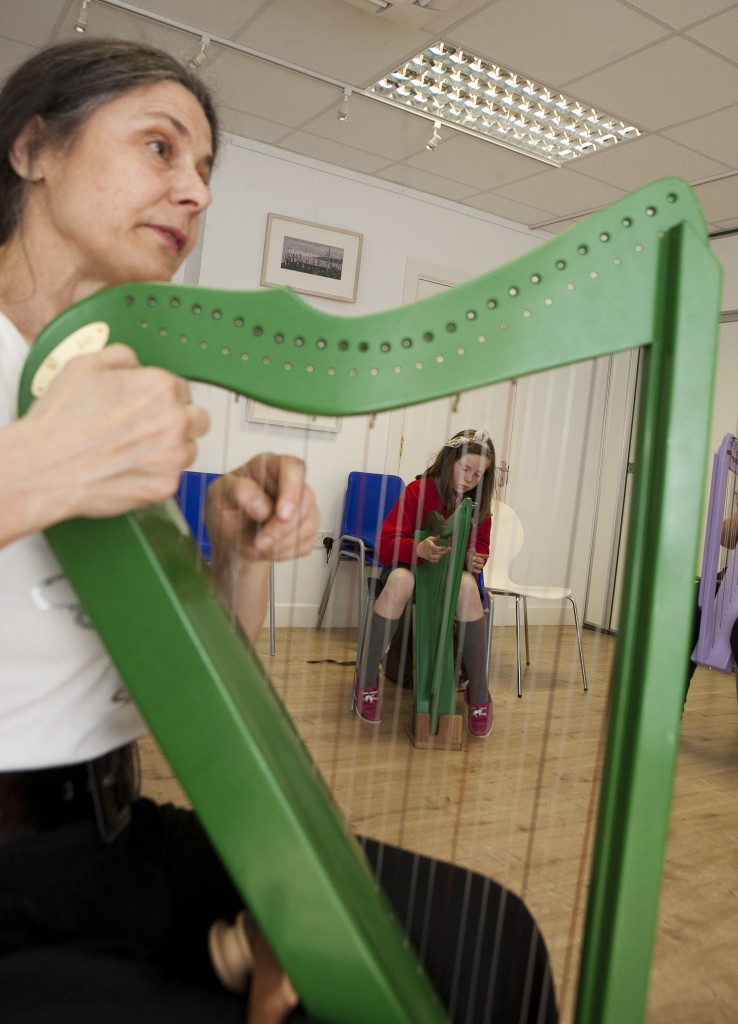 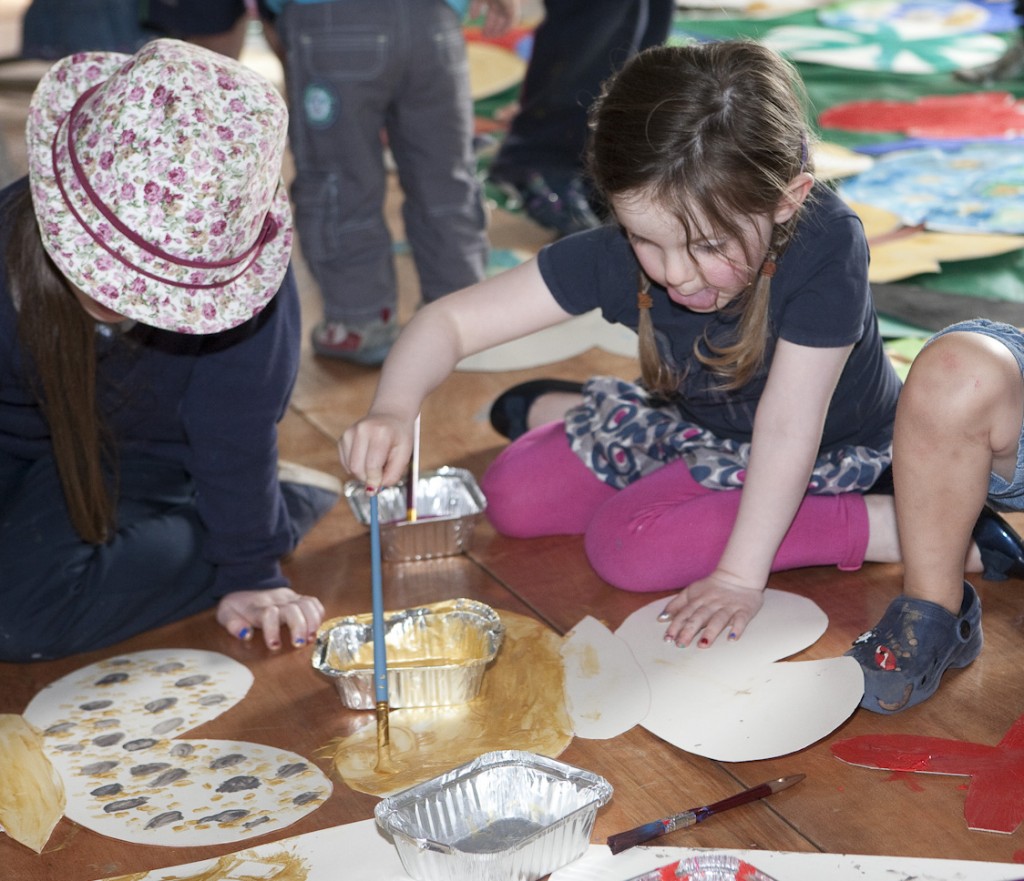 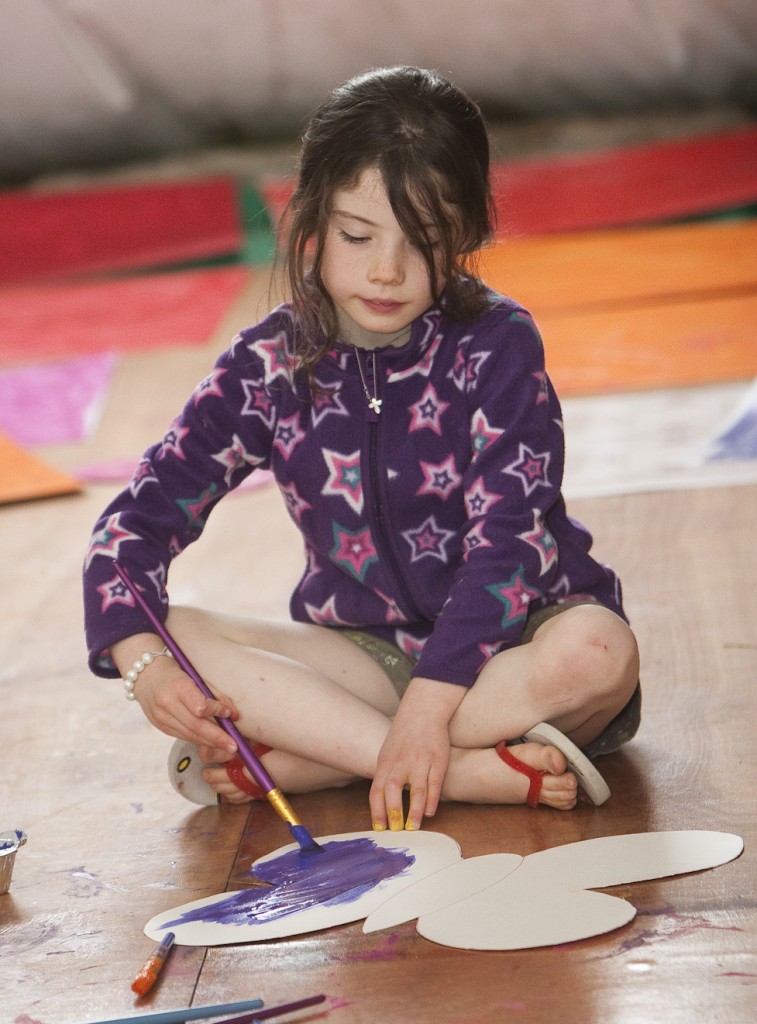 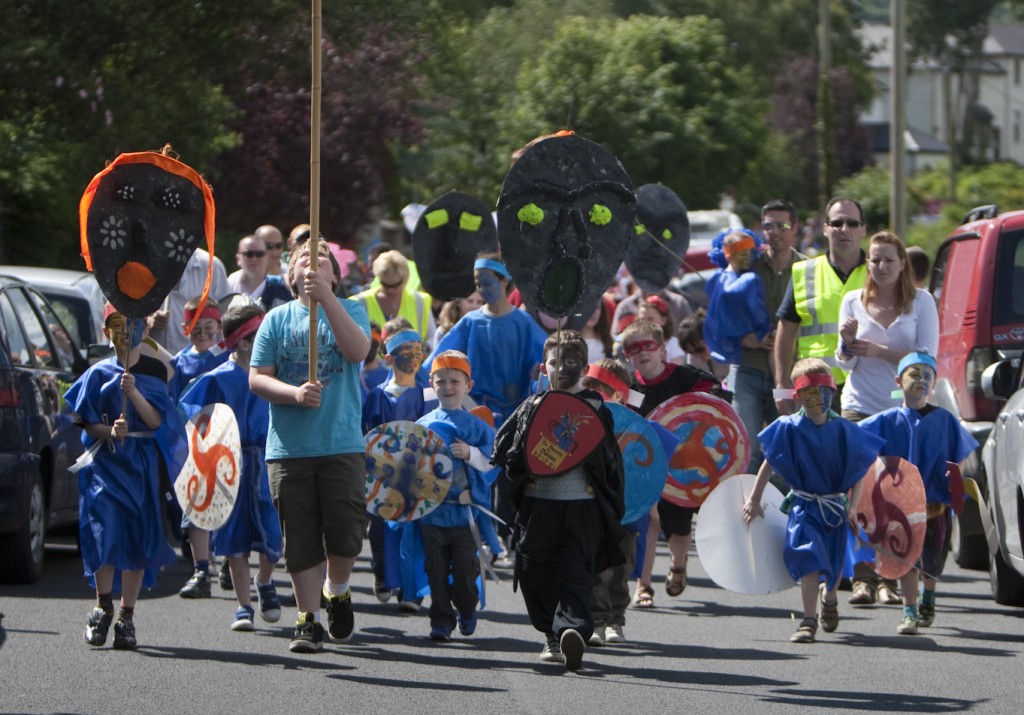 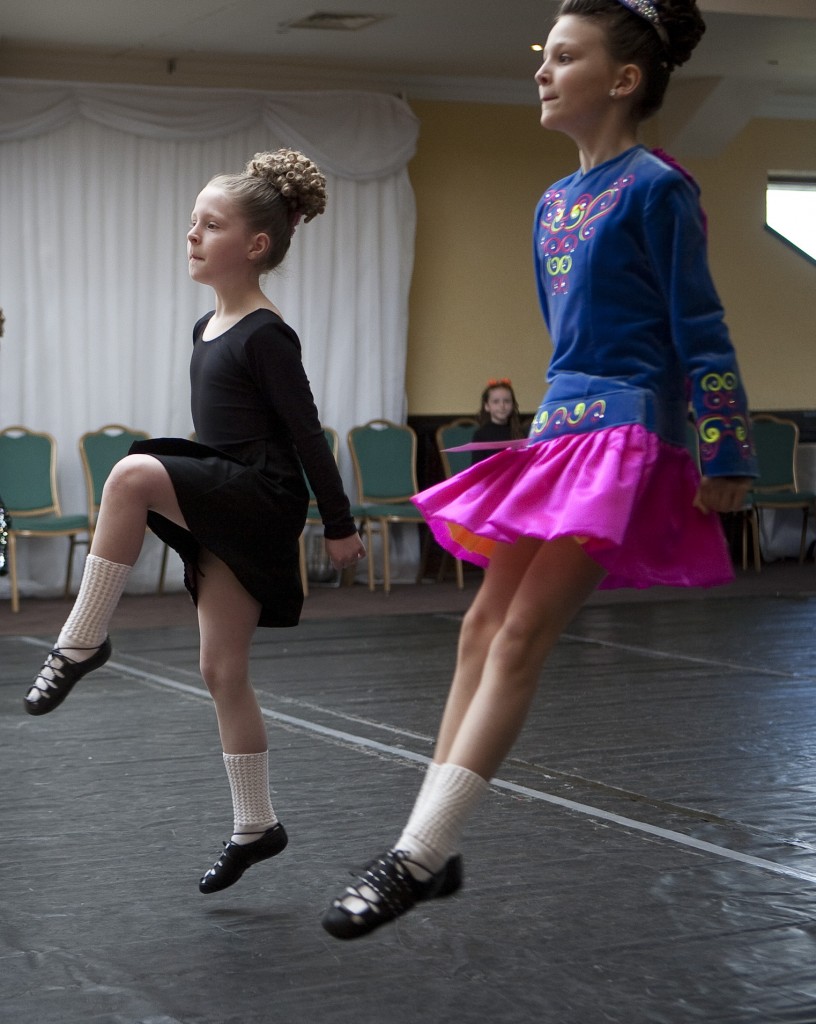 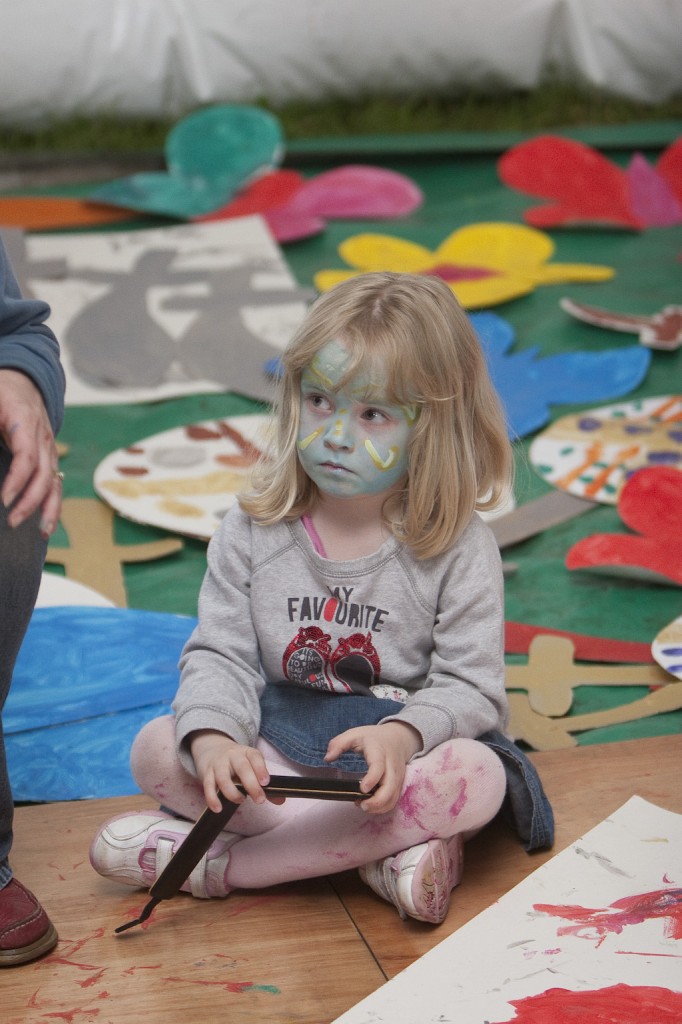 WTF? – ‘What The Festival’ Fun In Killaloe/Ballina

In the run up to much talked about ‘WTF-What The Festival?’, A youth event which took place in the twin towns of Killaloe and Ballina on Saturday, excitement was the main emotion around the day. The festival began with ‘Feile Na nOg’ in 2010 when it was set up by group of young people from the Ballina/Killaloe area to provide events for teenagers during ‘Feile Brian Boru’. Since that it has grown in size and credibility, and is a time much anticipated and enjoyed by people both in the locality and further afield! 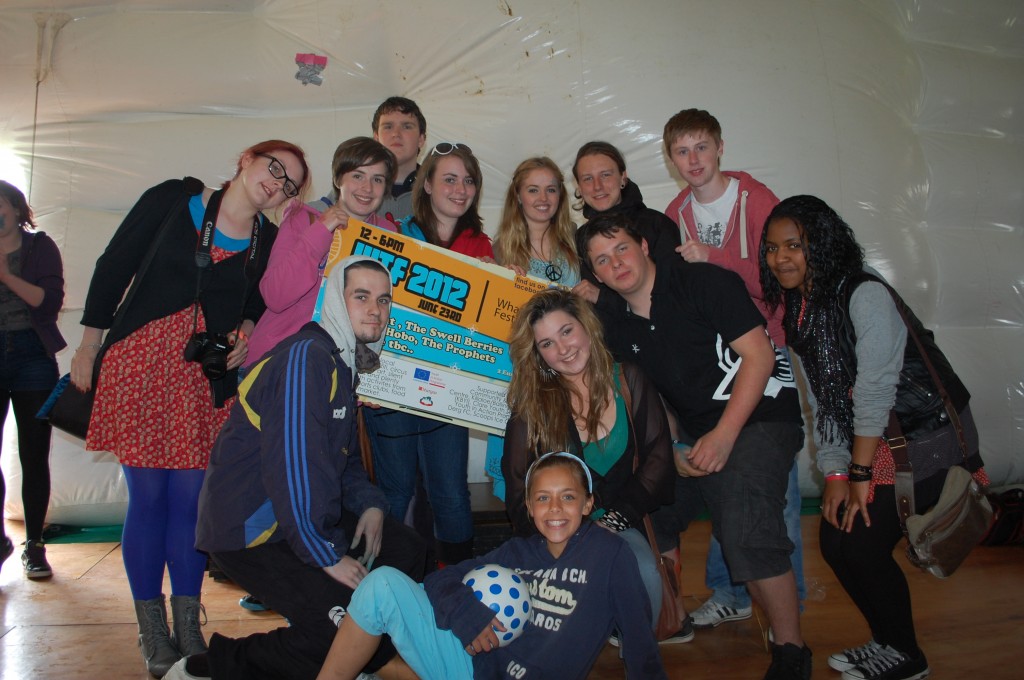 This year, as part of the Ballina/Killaloe Youth Initiative the group packed their usual week, into one explosive day and ladled it the appropriate title of, ‘WTF?’. Though the weather didn’t hold up, the day was still jam packed with music, food, art, performances and most of all, fun! The musical talent shone in a wide majority with genres from acoustic to funk, and performers from Limerick to Bray, diversity was key! With both a main stage and the wonderfully unusual ‘Pop-Up Playhouse’ an inflatable venue, there was a non stop flow of head bopping throughout the day.
Also the event featured a youth market with produce from the local favourites ‘Scoops Ice Cream Parlour’ and ‘Bake Away’ as well as goods made by the teenagers, crafts, face and body painting, video diaries and two huge graffiti ‘cubes’ which were covered in wild and creative pieces. The day finished off with an acoustic and Dj set to leave everyone going home with a feel good feeling, this was most certainly achieved. An incredible day was had by all! 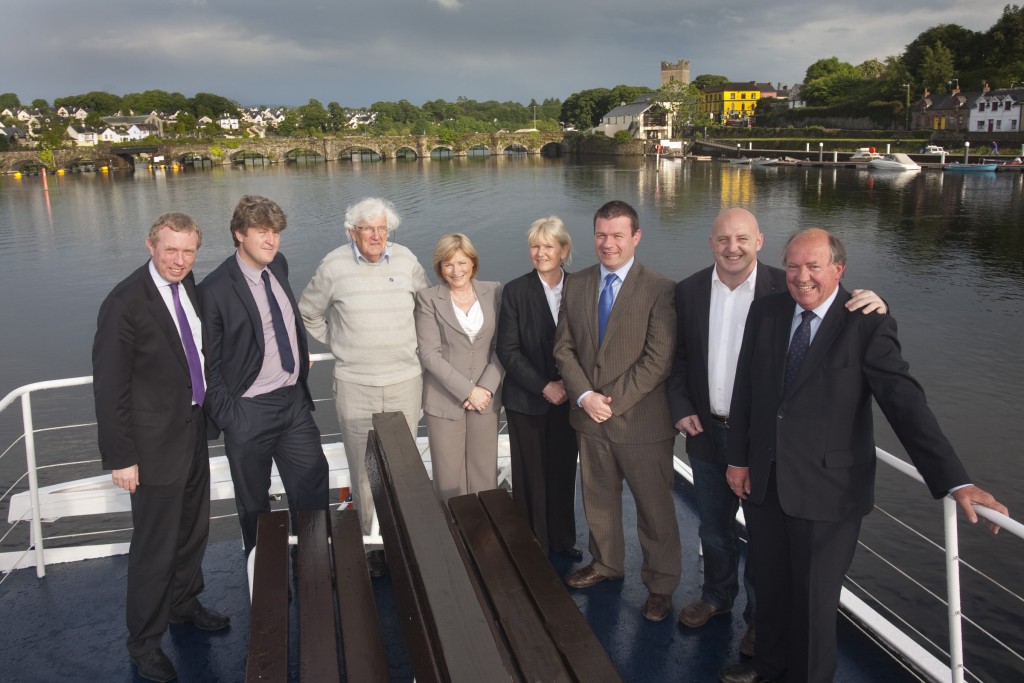 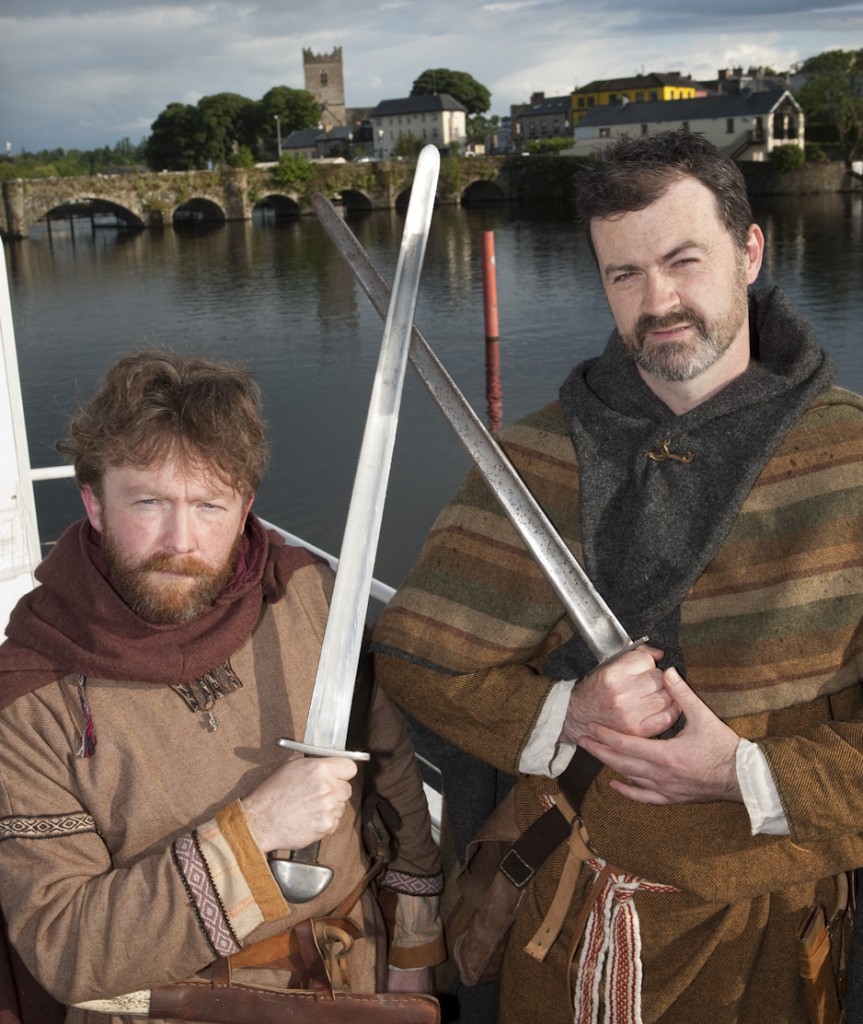 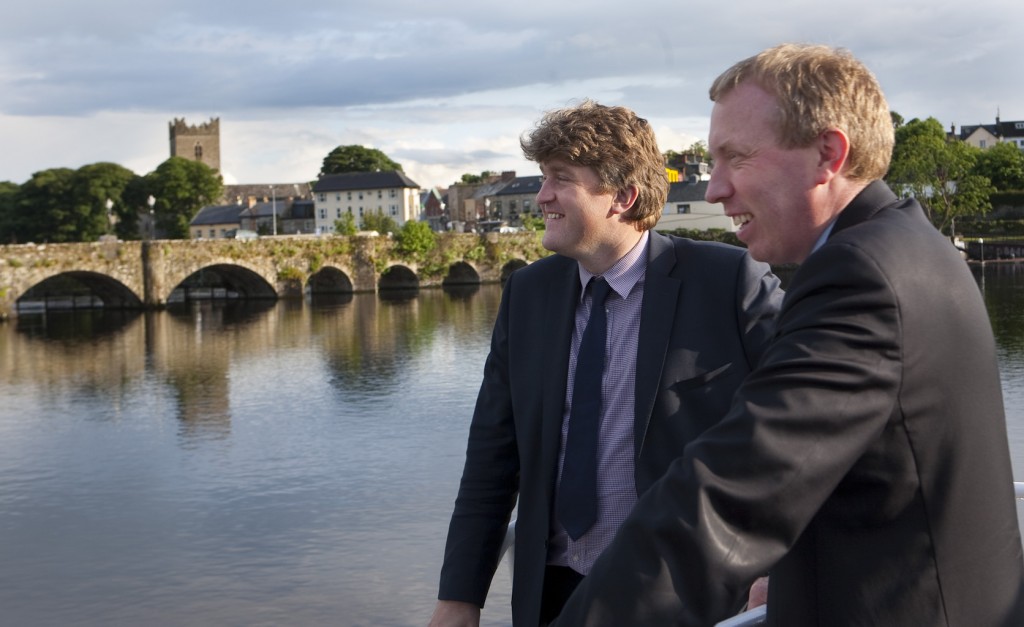 Launch of the busiest Féile Brian Ború ever!

Alan Kelly, Minister of State, Department of Transport, Tourism & Sport, pictured with musicians at the launch of Féile Brian Ború 2011

The launch gave the committee an opportunity to thank all the people who help out with the organisation and running of events during the festival period. “The support we receive on a local level is phenomenal” said John Grimes, Chairman of the committee, in his opening speech. “The 2011 programme of events is the biggest yet” he said. He also reminded people that “Féile Brian Ború 2011 is another milestone on the road to our build up to celebrations in 2014”.

Alan Kelly, Minister of State, Department of Transport, Tourism & Sport, who officially launched the festival reported “that Féile Brian Ború is a great example of what a community can achieve when they work together. The festival is great for the local community, the local businesses and for tourism in the area”. He also complimented the committee on the programme of events saying how good it was to see so many events being organised for people of all ages; in particular,
the introduction of Féile na nÓg in 2010, which is a festival for young people, by young people (www.feilenanog.org)

The committee would like to thank the management and staff of The Lakeside Hotel and Leisure Centre for hosting such a wonderful launch.

We would also like to thank Local Councillor Dr. Phyll Bugler, Sergeant Mulqueen of Killaloe Gardaí and Fr. Edmond O’Rahelly who attended the Launch and for their continued support of Féile Brian Ború.

We would also like to thank Noel & Christy, members of East Clare Ceoltas and all the Musicians & Singers for providing most enjoyable musical entertainment on the night.

The programme of events is now available on our website www.feilebrianboru.killaloe.ie and programmes are available locally in the Tourist Office & Shops.

We look forward to seeing you over the festival celebrations.